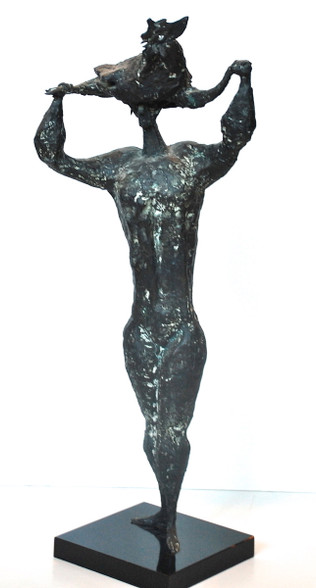 Italian sculptor. He trained as a sculptor with his father, also a sculptor, and completed his education at the Accademia di Belle Arti in Bologna, exhibiting for the first time in 1943. His early works were influenced by the archaism of Arturo Martini, but during the 1940s and the 1950s he evolved his own style in which suggestions of ancient sculptural models, both Etruscan and Asian, combined rather originally with an awareness of contemporary developments, particularly those of Picasso and Marino Marini. Minguzzi is famous for his gates at St Peter's Basilica in Rome and the Milan Cathedral.