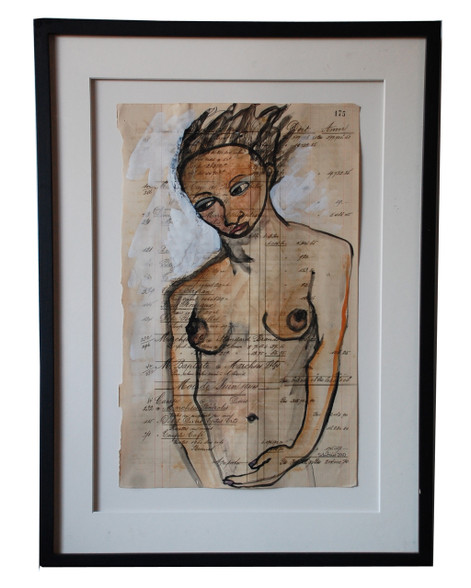 This is the emotional Haiti, the Haiti that Schifrin has invoked repeatedly in her broad-stroked paintings.

A Los Angeles native, Franceska Schifrin has an international following, with over thirty-five museum and Gallery exhibitions in the last decade.

Franceska discovered the power of painting internationally on a trip with her father, a master painter, to Mexico in 1979; she hasn’t stopped traveling since. From the snipered streets of Sarajevo and the political turmoil and repression of Haiti, to the dreamlike stasis of turn of the century Cuba she doesn’t just imagine her work. Her canvases are imbued with the essence of a place.

Having painted in Morocco, Spain, Uganda, Haiti, the Dominican Republic, Jamaica,  Guatemala, Mexico, Bosnia, Croatia, France, and Cuba, the artist has ventured into realms and regions rarely visited in the visual arts. Schifrin’s figurative expressionist work, in the past, was often remarkable for its portrayal of the horror and indignities of war, poverty and repression. Her current body of work represents a new phase, influenced heavily by the mysterious visions of Morocco, the gentle nuances of Cuba and the subtler flavors of Haitian life.

"In Haiti, I can see the way people live," says Schifrin. "Haitians are out front, very vibrant, very expressive, emotional people. Life is more accessible there. I try to show daily emotions, whether it's a mother and child or a husband and wife. I'm interested in the universal things that everyone goes through. I use color for emotional impact, and color there is different, because of the light."