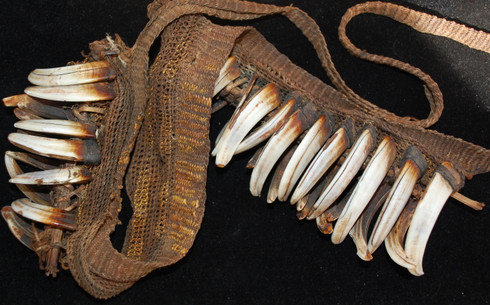 Boar tusks in Papua New Guinea are the gold coins and dogs' teeth are the silver coins: 200 dogs' teeth equaled one boar tusk. In fact, only the canine teeth functioned as money. While boars' tusks are still used as valuable objects of exchange today, dogs' teeth lost their status as currency in the 1960s.