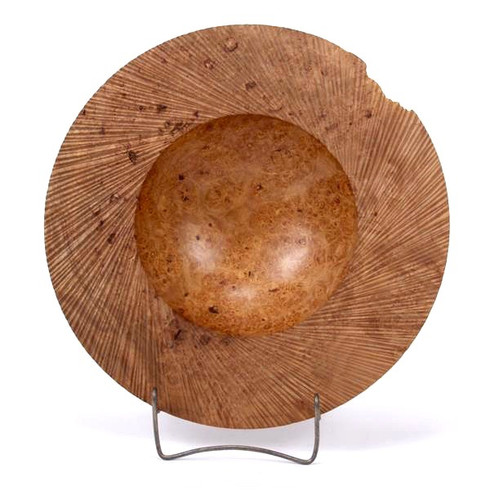 Master woodcarver Allan Stirt 1989 Ceremonial Bowl, turned and carved maple burl. Al studied various pottery forms while learning to turn wood, and the classical silhouettes and simple detail in his objects reveal the unique pattern in each piece of wood. This is from the 1980s Ceremonial Bowl Series, signed and dated.
"I began to think of the rim as a "canvas" which would become a large part of the total composition of the piece. I called these pieces ceremonial bowls, because they referred to ceremonial functions rather than domestic ones."
A long list of museums, including LACMA, Honolulu Museum of Art, American Craft Museum, NY, NY, Philadelphia Museum of Art, Victoria and Albert Museum, London, among many others.