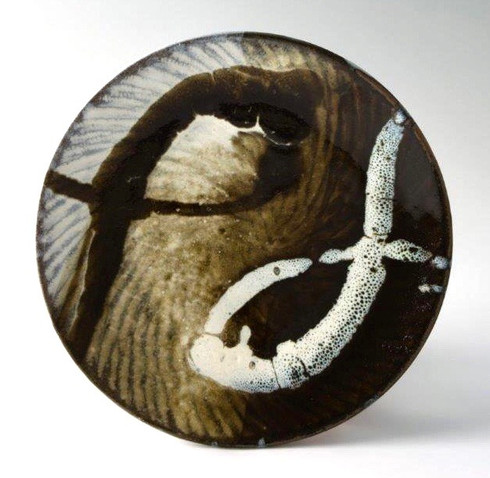 Tatsuzo Shimaoka by a masterful ceramic rope-impressed patterned plate with poured glazing by the leading folk craft potter and student of Hamada Shoji, 1894-1978.

Tatsuzō Shimaoka, 1919–2007, was a Japanese Mingei potter who studied under Shōji Hamada and later became the second Living National Treasure of Mashiko, Japan.  He was best known for his unique Jōmon zogan style of pottery, and was a master of many slip decorating and firing techniques for pottery. He was named a 'Living National Treasure' in 1996.